I never did. Goals were for “special” people who didn’t know what they wanted so they needed someone to tell them, dreamers, and people who liked to tell other people what their goals were and always had one, but never made it to them. 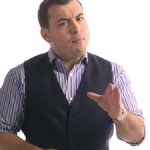 Recently I came across a video on YouTube that I wasn’t searching for but the title caught my eye over on the right side where YouTube sticks all those “Other/Related” videos that usually aren’t really related to what you were watching, “How to Make $10,000 per Month” by Derek Halpern and I linked to the blog post on his site called Social Triggers. Yeah yeah I know, “there are all kinds of wackos on YouTube promoting ‘Get Rich Quick’ schemes,” but I clicked it anyway, and fortunately that’s not what it was. In it he talks about someone that asked him how to make $10k/month, even though they were making nothing at the time. What he explains is two types of goals, “realistic goals” and “dream goals.” Making $10,000 was the end “dream goal” but in order to get there you needed to set a bunch of smaller in between “realistic goals.” He advised to shoot for making the first $500, and not in even one month, but $500 period. I have a slight disagreement with this because it’s not a SMART goal, but I’ll explain this later. After you make the first $500, do it again, and again until you reach your $10,000/month goal.

Let me get this straight right now, on post two on this site, this is NOT a “running blog!” I have outlets to document my running and be social with other runners, but running has been a big part of my life for several years now and it has given me both time to think (LOTS of time to think when you’re alone for 20 milers) AND to learn about other things that I can relate to running. So don’t go thinking “oh jeeze, there’s Marc blabbing about running. You don’t want to be a runner. I’m good with that, running isn’t for everyone, and as the title of the blog says, this isn’t REALLY about me, you figure that out for yourself, and if I help you one way or the other, you’re welcome.

So hopefully you’ve read my first post “How I Lost 20lbs Without Really Trying,” if not please do,  it’s not required reading for this story so stay right here, but you may have read where I made the decision in January 2011 to run a marathon in November 2011. I was fired up and motivated, I did lots of reading that weekend when I made the decision to do it, looking up “how to train for a marathon” articles and training plans online. There were many different plans that all had the same end result which was running 26.2 miles, but all had different ways to go about getting there. The commonality between them all was they were roughly 16-18 weeks long, they start with a 10 mile “long run” so you need to be able to at least go that far, one run each week is a “long run” while the rest are shorter runs, and they all use a training principal called periodization. 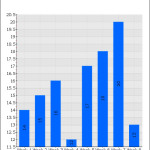 Periodization is a technique athletes have used for 50+ years, where they break down a time span, typically a year but olympic athletes may use four years, into smaller cycles of training where each cycle is a building block for the next, and it ends with some goal race, game, or performance. Usually it starts with an endurance phase where you do basic work like running progressively longer but not very fast runs or lift increasing amounts of weight doing very basic compound movements like bench presses and squats that work many muscles at once. There may even be races or games during this phase that even though they are “races,” you treat them as a training event to judge yourself against others at the same time as well as under competitive conditions that can’t be duplicated in training, and winning isn’t the goal, even if it’s nice when it happens. Later they progress to running faster but shorter runs, maybe even sprinting even if it’s for a distance race, or doing isolation moves with weights that target a single muscle but can’t use as much weight. The idea is to slowly make things harder (ie longer, faster, heavier) in order to get better over time, without injury, instead of trying to reach the goal from the beginning by going out and running 26.2 miles every day all year or squatting 500lbs. If your training is all “willy nilly” with no structure, you may get by and you may outperform others because you still trained or because of your natural talent and where you started fitness wise, but you won’t be performing to the best of your ability, which is all I care about.

What Derek was describing is EXACTLY what I had done in order to get to my marathon goal which started out as simply to run 26.2 miles. I had no clue if I could make it, much less how fast I could do it in because I’d only ever run some 5k’s recently, and a few longer distance runs during college in the NROTC unit for PT 20 years before, I was basically like that person that wasn’t making anything, starting at or near zero. The marathon plan I chose was 16 weeks but since I had 10 months to get ready and was starting at 3 miles, it’s the furthest I’d run in recent times, it included a “build up” phase to get me from 3-10 miles before even starting the actual marathon plan. Every 3 weeks I ran further and further, then on the 4th week was a “pullback” week where I still ran but took it a bit easier on pace and much shorter distances. It took 6 weeks just to get to where I’d doubled my run from a 3 miler to 6 miles, then another 11 weeks to get to 10 miles where I was considered ready to finally start my real marathon plan. I was training for training.

In the beginning I went out and focused on those shorter runs that were 3 milers, 4 days each week, heck I’d done that so no biggie and “trainin’ ain’t racin’.” Then came a 4 and eventually a 5, but hey, it’s “only 1 mile further,” then came the 6, “wow, I’d doubled my longest run already.” I was eating the elephant one bite at a time. I tried to forget about 26.2, at the time that still seemed like a “long” distance, I just focused on those shorter runs and anticipated the next one into uncharted territory, even though it was only another mile. By the time I started the real marathon program 16 weeks out, I had already realized that I could make it to 26.2, and my focused changed to how quickly I could do it in. My runs started getting faster, I had more drive and motivation because I no longer worried “can I make it 26.2 miles.” All the worry stopped, and I was still 4 months away from the race, that was a huge relief!

So yeah, I did it, and I had set realistic goals in order to get to my dream goal of finishing a marathon. I’m still not sure even now why I had never set goals before, and still don’t when I should be in many parts of my life. I realized that I AM one of those people I described up in the first paragraph, which one isn’t important, but this technique can work for everything in life, whether it’s running a marathon, losing 50 pounds, getting an education, or making $10,000 in a month. I’m trying to refocus my life though and do things with a purpose instead of wandering around hoping they’ll happen. Who knows, maybe I’ll reach that first $500 and be on my way to $10,000.

Do you set realistic goals in your life in order to reach a dream goal or have you never set one and would like to try? Do you have a negative view on people who do set goals like I sort of did? Leave me a comment either way, especially if you’re now motivated to try setting a goal in anything, maybe we can talk about it and motivate each other.

As always, please share on your favorite social mediums by clicking the pretty buttons below. You may help one of your friends get fired up about something they need in their life.